The udpSendToVar and udpRcvFromVar functions  (starting in soon to be released KAS version 2.11)can be use to read and write variables via UDP to and from a PxMM.  The other device can be a PDMM or a third party device. In this example, for ease of testing, data was sent back to the same PDMM with Address 10.8.41.45 using UDP port # 20.

The attached project can be run in a single PDMM and shows the 2 way communications.

Send Program in the project: UDP_Send 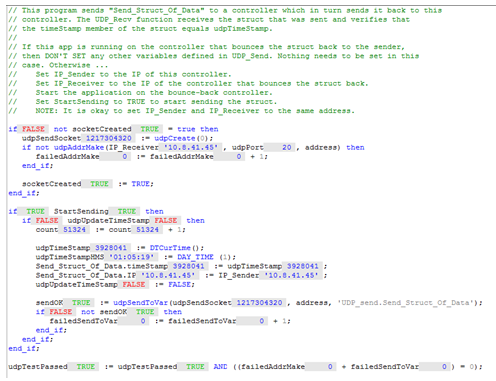 Receive Program in the project: UDP_Receive 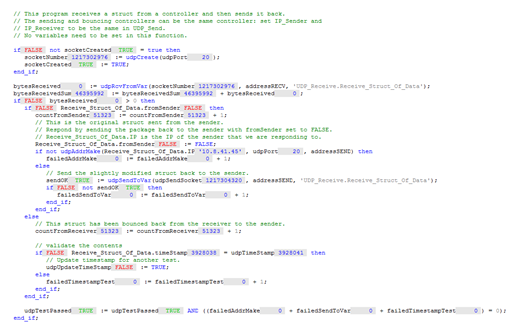 After starting the project from the IDE , to start the data transfer: Set StartSending =  TRUE: 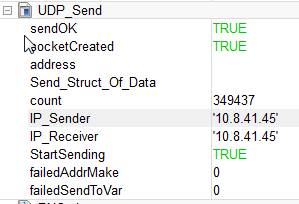 The sent data is in the Data Structure is called : Send_Struct_OfData

The received data is in the  Data Structure is called : Received_Struct_OfData

To test,  the data sent can be viewed and changed  in the Watch Window of the attached project: 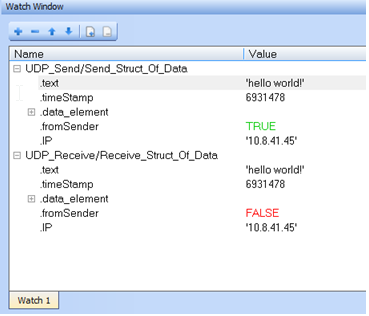 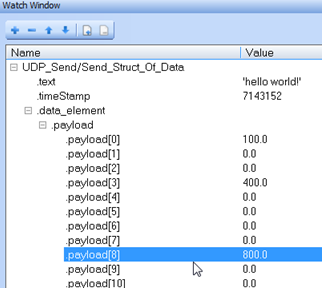 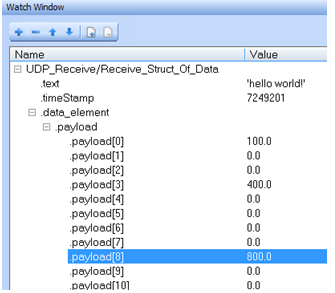 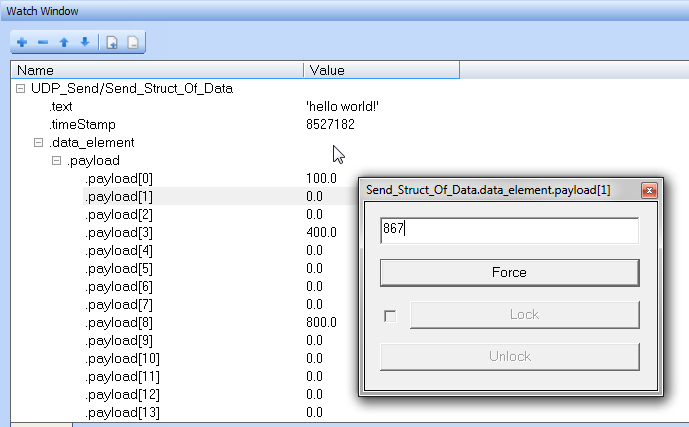 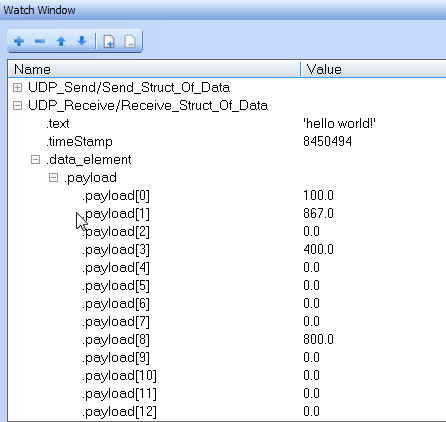