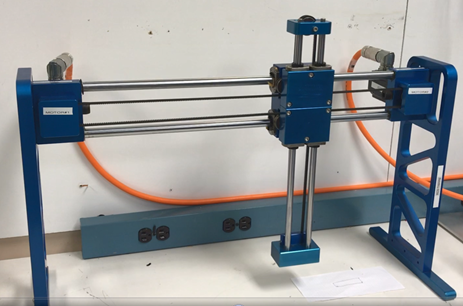 This application note details using the KAS PxMM multi-axis controller to control a 2 axis T-Bot mechanism. A T-Bot performs 2 axis control through a  mechanism (a single belt with fixed pulleys that drives both axes). The T-Bot creates full motion within a 2-dimensional envelope. A KAS project file and a printable DOCX file are attached at the bottom of this article.

The application was created by first starting out with the following template: 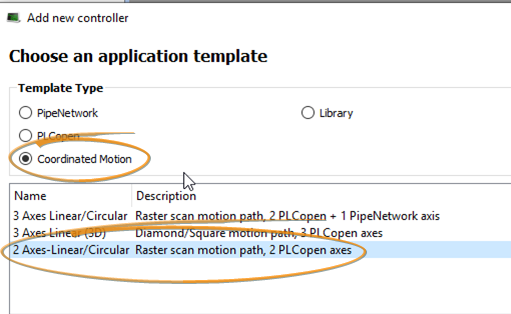 Code was then added and removed as needed to create the 2 axis T-Bot control. 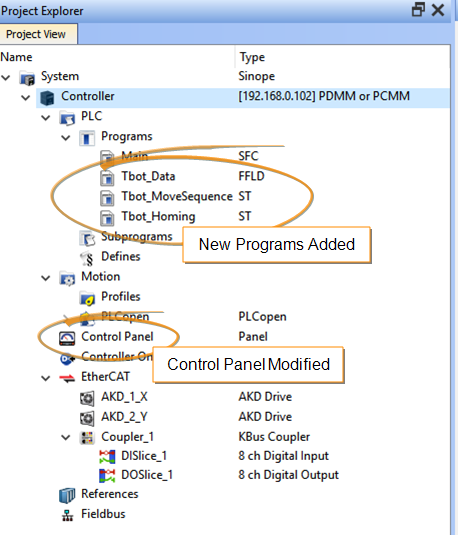 Key Code That Was Added 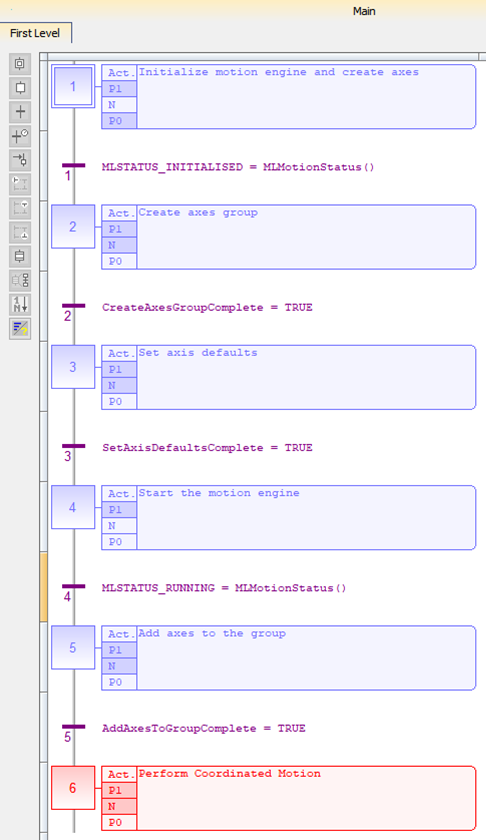 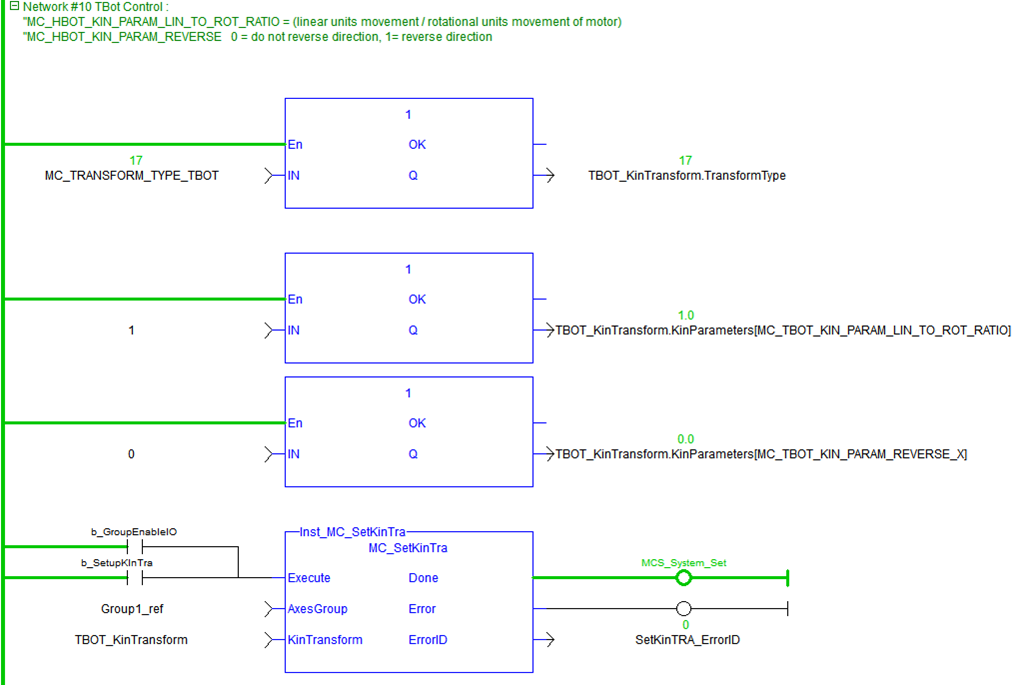 A relative and absolute move were also added to the Man Program. Note the Coordinate System input is set to 1 for the MC_COORDINATE_SYSTEM_MC. Here is the Function Block for the Relative Move: 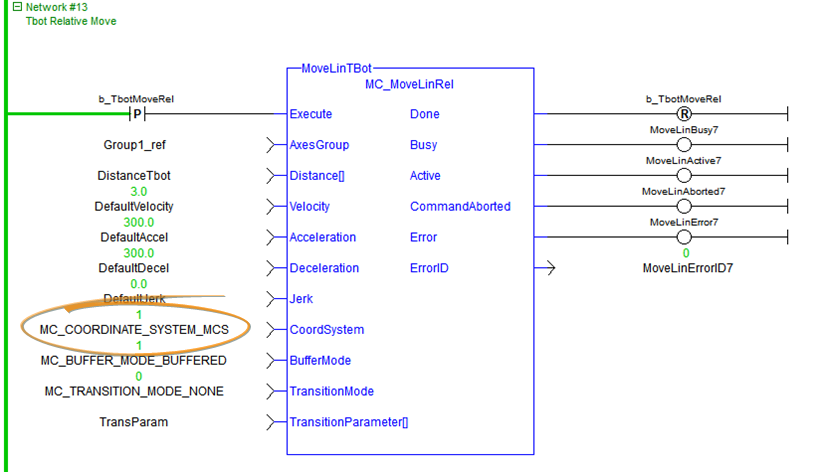 The program TBot_Homing was added to home the T-Bot. Homing consisted of moving to a hard stop (end of travel), first the X-axis (horizontal), then the Y-axis (vertical). Prior to homing, the max current of the X and Y axis was limited to maintain T-Bot mechanical integrity. The end of travel was sensed by the position error exceeding a preset value. After both axis physical limits are sensed an offset of 2 inches is made on each axis. At the end of homing the max currents are reset.

A new program Tbot_MoveSequence was added that sequences motion through linear and circular interpolation moves.

Sample of the Linear interpolation move

The Control Panel was modified to operate the T-Bot. The sequence to start motion is: 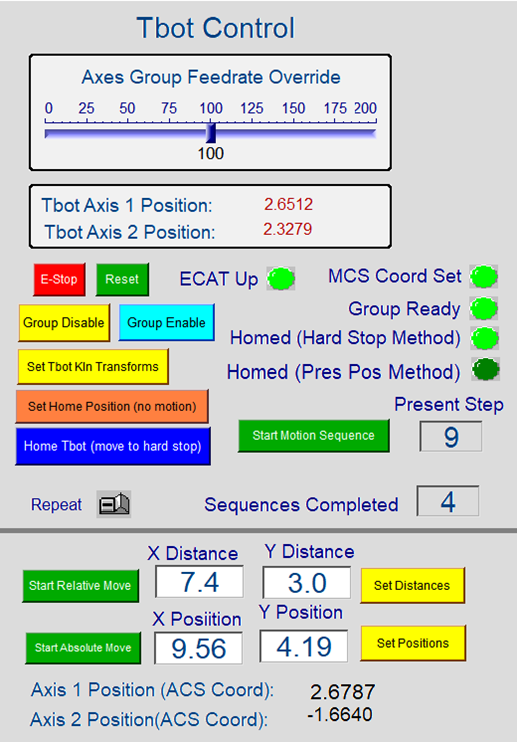 Back to top
Attachment