Motors with special electrical or physical attributes need special setting, especially with parameters, which are usually unused in other applications.

This application note explains the special handling of these parameters, a generally valid statement to parameter values cannot be done, because motors and application can extremely differ.

Due to different calculation basics it is possible, that motors from different manufacturers will need different setting and it is necessary to tune a motor again, when the load is added.

Sample optimization is explained here with a S600 servo amplifier and a High Frequency Spindle (HF Spindle) with these data:

The desired speed of 20,000 rpm cannot be set. Therefore the real pole number of 4 must be set to 8. The result is, that the control loop works with 50% of the real speed. This behavior must be considered with the set point generation.

With the pole number doubling trick the functionality of the servo amplifier can be expanded to the base level of high frequency drives.

The maximum permitted set limit speed for the speed controller is 12,000 rpm. The motor speed will be 24,000 rpm in this case (with pole number doubling). 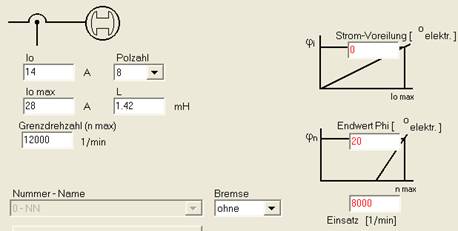 For project design it is important to select  a feedback that allows direct commutation, e.g. Resolver or EnDat. With feedback systems without commutation signal a wake and shake procedure is required, that can be affected by friction or EMF.

Setup of the current controller is similar to a standard motor. You can use the ASCII command CTUNE. Alternatively the KP value can be evaluated by testing.

KP value (parameter MLGQ) must be increased in steps of 0.5 starting with 0.5 with enabled amplifier (OPMODE 0), until the motor starts whistling. Now the value must be reduced by approx. 20%.

TIP:
Peak current should be limited to a low value to reduce the risk of damage. This value can be increased step by step depending on the tuning process. Ipeak value must be so high, that the motor is able to surmount friction. 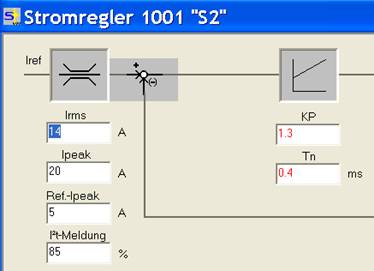 In this case it's better to switch off the speed observer (OBSERVER). Now you can set the T-TACHO parameter in the speed controller. 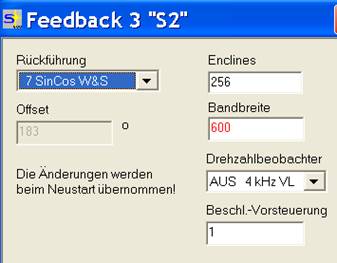 Optimizing the speed controller in the described tuning was not really difficult. Important where the long acceleration ramps which avoid damage of the motor.

The KP value (parameter GV) should be increased in steps of 20% until the oscillation level is reached. Then the value must be reduced by 10% to 20%. Decreasing or increasing of PID-T2 must only be done in small steps. 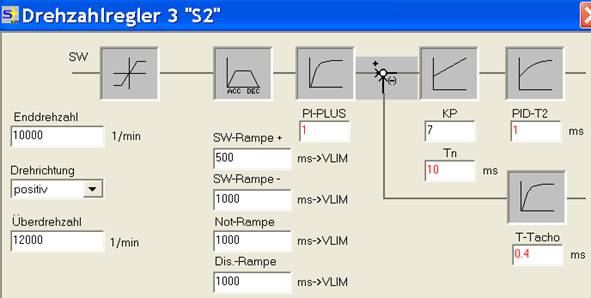 Adaption to the load

If the mass of the load changes significantly, the value of KP (parameter GV) must be adapted.

The long ramps are conspicuous, which are typical for the use of HF spindles.