While all of this work by Fredrick Kollmorgen was going on another immigrant, named Hugo Unruh, was growing up in Germany. About the same age as Frederick’s son Otto, Hugo faced the harsh conditions in post WWI Germany with its rampant inflation and struggling economy. His family encouraged him to emigrate to the United States so he could realize his dreams.

Hugo was partially educated in Germany, but finished high school and two years of college while in the US. To help get through school, Hugo worked as a repairman at an X-Ray company. He began to find his niche working for Arnesen Electrical Company out of New York, manufacturing various motors. Hugo was quite successful and as WWII pushed Arnesen to expand, Hugo became president of a subsidiary plant in New Jersey (Ellacraft). After the war, business began to contract and Hugo was pulled back into the parent company as a general manager.

After the death of the original owner, disagreements with the new owners left Hugo unemployed at the young age of 42. But it was always Hugo’s dream to have his own business and he quickly saw the opportunity to purchase the used equipment and material from the remnants of Ellacraft and start his own company. Hugo paired up with Lewis Renaldi, purchased the equipment and in 1948 started Inland Motor in the basement and garage of his home. Why the name Inland you ask? It turns out, Hugo had lived near the ocean in New York for most of his life since he arrived in the US, so, when he established his new company, he had moved “inland” to Pearl River.

There is a myth that states the story was that since the German U-Boats were prowling the waters of the New Jersey/New York coast around WWII, the Navy requested that Hugo move inland to prevent his company from any possible attacks – since he had a relationship building motors for gyros for the Navy. Either way, it appears the name Inland came from not being “on the water”. At the Pearl River plant, Hugo formed a relationship with MIT doing research on motors used in generators and gyros for the MIT Instrumentation Lab. MIT called on Hugo to help solve a variety of engineering challenges on special rotating machinery, and this work led Hugo to design the first “Frameless Torquers” for use on early inertial guidence systems for missles and space vehicles.

It was this revolutionary product, the frameless torquer, which was able to be produced in hundreds of diameters and stack lengths, of different speed and torque ranges, that became the fastest growing, most important part of Inland’s business. This kind of innovation in rotating machine technology continues today at Kollmorgen with products unique to the market like the Cartridge DDR, taking the frameless torquer to a new level! 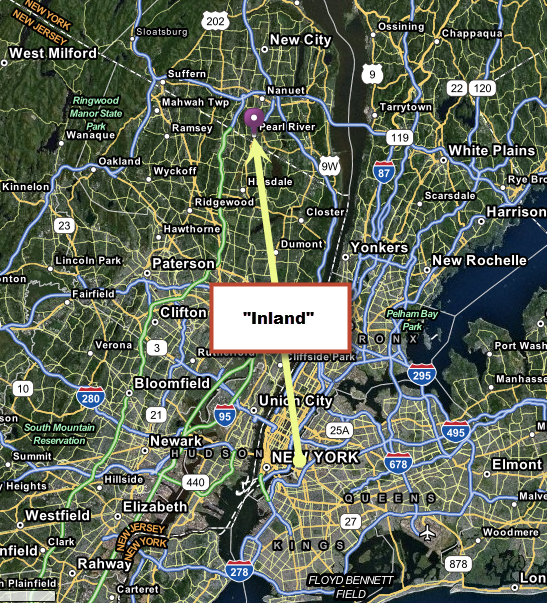 The move "Inland" from Brooklyn to Pearl River