Over the years there have been discussions about the 1.8 degree step angle versus 0.9 degree step angle of industrial hybrid stepper motors. Most stepper motors today have the standard step angle of 1.8 degrees, resulting in a 200 step per revolution. However, in the early days of stepper motors, before microstepping, low end resonance played a significant role in many applications. Most application engineers suggested either increasing the load, to lower the bandwidth frequency, or simply avoiding this low end resonance region altogether.

For some stepper motor designs the idea of a smaller step angle was created to lessen the ringing around each tooth. The result was a mechanical change, which reduced the step angle from 1.8 degree to 0.9 degree resulting in a 400 steps per revolution stepper motor.

This did reduce the ringing and in some cases allowed for smoother operation accelerating through the low end resonance region. However, the reduction to such a small step angle resulted in higher saturation of the lamination steel around the tooth. This resulted in lower torque due to the core losses. As the current increased, the losses became more significant and the anticipated gains lost due to saturation.

In the early years, most of the motors utilizing this 0.9 step angle were Nema 23 or single stack Nema 34 frame motors, which had lower currents. The lower currents produced lower saturation in the steel laminations and therefore were successful in some applications.

While there is still a place for 0.9 degree step angle steppers, the introduction of microstepping and the expanded higher end filtering of today's stepper drives, low end resonance found in 1.8 degree steppers can be successfully accelerated through and perform within this region.

Paul started his career at Sigma Instruments, Inc., one of the original stepper motor manufactures. Through his career Paul has worked for Pacific Scientific Motors & Controls and the various companies acquired by Danaher such as Superior Electric, American Precision Industries (API), InMotion and Kollmorgen. Paul has held numerous positions throughout his career such as Application Engineer, Stepper Product Specialist, International Sales Engineer, Level 2 Systems Application Engineer and is currently the CS Systems Engineer Team Lead.

Paul has worked many motion technologies, but still enjoys working with and talking about stepper motors. If you want to step through something with Paul, contact him here: Paul Coughlin 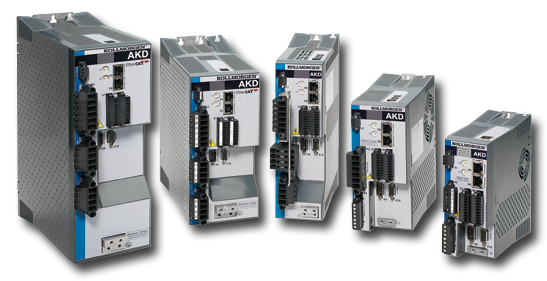 How Does a Servo Drive Work?

A servo drive is an electronic device that is part of a closed loop system, producing current...

An alternative to customizing a servo motor is utilizing a frameless motor and integrating...