When a load is driven directly by the motor, the conversation around reflected inertia goes out the window. The belief is that direct driven loads do not, by their nature, have a reflected inertia. Some folks are even confident enough to say that the ratio of the load inertia to the motor inertia does not need to be taken into account when direct driving the load as long as you have enough torque and speed. I have never had enough confidence to make such a statement.
I prefer to think of the load in its entirety. It is very important to understand the makeup of the load to be able to understand how the load will react to dynamic changes in motion. To put this in perspective I will use three different loads which have the same inertia, but different make ups. Since they are directly connected to the motor, it can be argued that there is no reflected inertia. Because it is too easy to argue semantics, I will use the term Inertia Ratio to describe the load inertia to motor inertia.
For this week’s focus we’ll look at how this idea that there is no need to worry about ratio came about. In the following weeks, we’ll look at why it’s not true.
For my first example I will use a load with an inertia ratio of 50:1, meaning that load inertia is 50 times greater than the motor. The equation for this is JL/JM = 50, or a ratio of 50:1 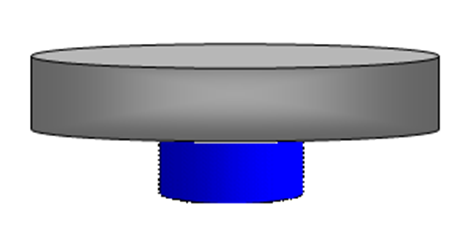 If a ridged load is connected directly to the motor, when the motor stops the load stops. As long as the motor has enough torque to decelerate the load, the settling time will be virtually nonexistent. It’s as if the load is a part of the motor. With the load part of the motor, reflected inertia ratio will be JL/JM = 0, or 0:1. It appears that there is no load, only the motor.
As we will see, it is better to describe it this way, than to dismiss the inertia all together. Have all of your directly coupled loads been this easy and predictable? If not, what have your experiences been with directly coupled loads? If you are lucky enough to connect to a ridged load every time, then you can stop here. If not, you might want to continue on to Part II.

Now, let's look at a compliant connection and how this affects inertia. If we take the same load but connect it to the motor by a compliant connection, in our example a spring, the dynamic performance will suffer greatly. When the motor starts to rotate the spring must windup before the load will actually move. When the motor stops, the load will continue to rotate until the spring is fully loaded. Once this happens the energy in the spring will begin to accelerate the load in the opposite direction, and by virtue of Newton's third law of motion, it will begin rotating the motor in the opposite direction. 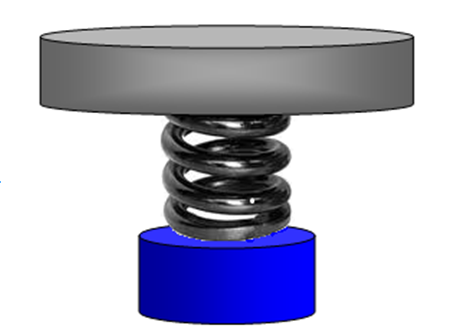 These directional changes will continue until all of the energy has been lost and the load settles to a stop. If you have found yourself connected to this type of load you may have noticed that the gains had to be turned way down. Remember, I said the directional changes would continue until the energy was lost. If the gains are high, you will be putting energy back into the system. This is the point where the system gets really noisy.

In this example the inertia ratio is truly the reflected inertia. JL/JM = 50, or a ratio of 50:1. At this point it looks like we can never connect to a compliant load with a high inertia ratio. Many applications have not been handled properly because they displaced compliance in the mechanical components.

Keep on reading - in Part III, we'll look at a split-compliant load.

If you've been reading this series from the beginning, you know that we've talked about a low compliant directly coupled load and a high compliant load. Now, we'll split the difference with a split-compliant load.

The reflected inertia is . When looking at reflected inertia or the inertia ratio, it is important to understand the mechanical structure of the components. As we can see from the split-compliant load, the inertia ratio is actually very low. Had we planned, purchased, and installed this system based on directly coupled loads not having ratio issues, we could be looking at some unhappy customers. 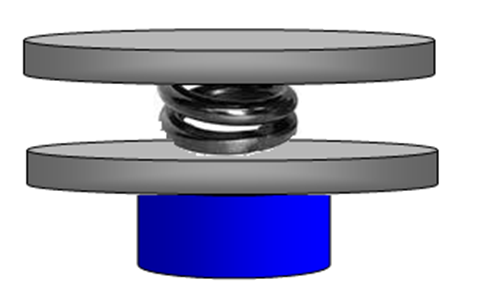 When it comes to any system, it is important to take each component of the load into account when evaluating the inertia ratio or reflected inertia. Do you have compliance nightmares? Have you, or do you know anyone, who's had a directly coupled compliant load like this? Drop us a comment and we’ll see how we can help you out!

I have been with Kollmorgen for over 19-years, and have been in motion control for over 25+ years. I am currently the Manager, Technical Training, where I manager the training equipment & instructors, create training material, manuals & workbooks, and teach many of the classes. I am also a videographer and write, direct, video record, edit, and provide the talent for a self-help video series called, Two Minutes of Motion, located on the Kollmorgen YouTube Channel.

I have a Bachelor degree in Automation & Robotics, served 4-years in the US Air Force, and have been married for 26-years to my beautiful and talented wife Marijana. I have two children, both attending college. My son, Guy, will be a film maker. My daughter, Hannah, will be a Neuro-Biologist/Scientist.

I enjoy the outdoors, hiking, kayaking, and running in the Blue Ridge Mountains. I am a photographer & videographer. Shoot Gordon a note here: Gordon Ritchie You can also reach this author at Google+ 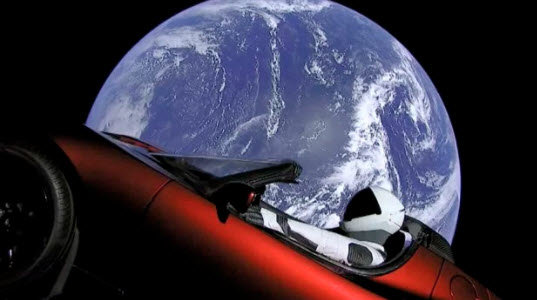 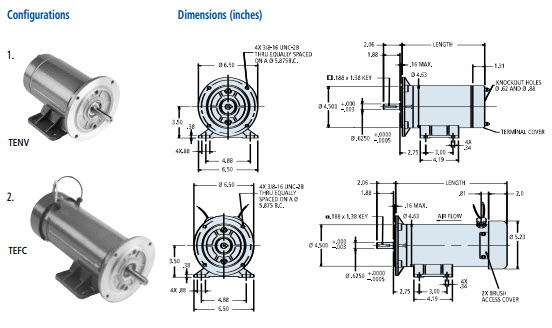